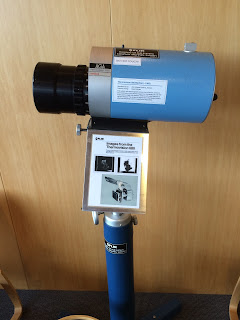 Check these pictures out for #TBT; a Thermovision 680 Liquid Nitrogen cooled system circa 1968 that was utilized for medical applications.

Originally manufactured by AGA Infrared Systems of Sweden, the camera had interchangeable lenses and a Polaroid camera attachment that was used to capture the infrared images shown on a display unit (not seen here) as there was no on-board file storage. 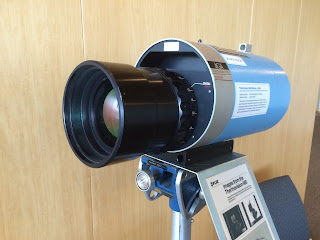 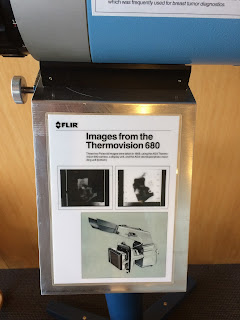 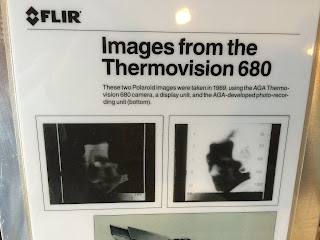 Posted by Matt Schwoegler at 12:38 PM 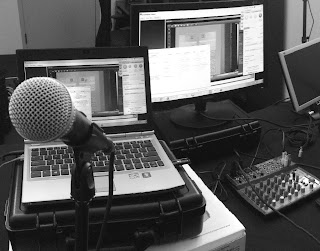 Learn the basics before getting certified with free live webcasts and on-demand webinars from ITC! Topics now scheduled into January 2016 that provide a valuable overview of thermal imaging and its many applications.

Learn more and register here, plus get access to 20 on-demand webinars that are free and available for viewing any time:
www.infraredtraining.com/webinars

InfraMation 2018 - Call for Papers and Abstracts

InfraMation 2016 will be held in Las Vegas, Nevada, at the Rio All-Suite Las Vegas Hotel and Casino September 27-29, 2016, with a pre-conference training day on September 26. Join other thermal imaging experts to learn the latest thermal imaging techniques and applications, and make valuable connections!

The InfraMation 2016 Call for Papers is now open through February 5, 2016. FLIR Systems and the Infrared Training Center (ITC) are currently accepting 150-250 word abstracts of presentations and/or clinics to be delivered to InfraMation 2016 conference attendees. The audience will consist of more than 500 condition monitoring engineers, maintenance technicians, building inspectors, restoration contractors, research and science professionals, optical gas imaging specialists, and test and measurement buyers. Submit your abstract through this simple online form.

Why should you present at InfraMation 2016?

InfraMation is the leading infrared training experience in the world. As thermal imaging becomes more mainstream, early adopters such as yourself will be sought out for your extensive knowhow and experience. Simply put: InfraMation is the place to get recognized!

The only "hard" requirements are that your paper be non-commercial in nature (for sponsorship or exhibition opportunities, click here) and submitted in English. Abstract approval is based on clarity, suitability, and technical merit of work.

When I use the term “Radiation Heat Transfer” in my classes I sometimes get puzzled or even frightened looks as some folks associate the term radiation to Chernobyl and atomic weapons. It takes only a few minutes and a couple demonstrations to put them at ease though.

One of the simpler demonstrations is done outdoors on a sunny, warm day. It is common knowledge that the Sun is HOT – roughly 6000 ˚C or 10800 ˚F. Happily the Inverse Square Law and our atmosphere attenuate the thermal radiation to livable levels here on Earth!

But it is still thermal radiation! What happens if we interrupt that radiation? A simple experiment is to take a thermal camera into a safe area, like a parking lot, and create your own shadow!

I did this in the middle of my street the other day. Fortunately we don’t get much traffic, usually only the postman drives by and that’s to turn around and deliver mail.

Setting my camera up (a FLIR T650sc) to record a radiometric .csq file, I started recording and walked into the scene and made a shadow. The change in roadway temperature WAS INSTANTANEOUS! After 30 plus years in the business we sometimes get surprised and I was! Look at the raw plot data, ignore the spikes and where I walked into the scene:

The two spots started out at the same temperature. Just look at the table data.

All temperatures are in degrees Fahrenheit.I stopped taking data at 67 seconds as it was indeed a partly cloudy day and the clouds came by. Here are my start, middle and end jpegs:

Engineers love graphs so I can’t resist! I took five seconds of data and drew a trend line through both sets to show that the roadway wasn’t cooling, just the shadow.

This doesn’t require a high end camera such as the FLIR T650sc – any IR camera, a little Sun, an absorbing surface such as a sidewalk or even a wall will suffice.

The best way to learn is to teach! I encourage all the readers of this article to go teach your friends, co-workers and family a little bit about radiation heat transfer!